Labor Day has come and past. That’s our marker that things are about to change over the next month into the fall transition. Cooler mornings will soon require and extra shirt or light jacket. The fall mullet run will be getting underway as baitfish head south for the winter. Higher water levels will push fish into areas that have been off-limits as they chow down preparing for the winter ahead. All of which means it’s a great time to get in on a strong bite for redfish, snook, speckled trout and perhaps a tarpon or two.

The Redfish action during the past month was epic. Social media was flooded with video’s of big schools of tailing redfish! The Mosquito Lagoon has been inundated with schools of redfish tailing on shallow grass flats. Most of these schools had wads of 50-75 fishs. When the IFA Redfish Tour recently came through the area, I had a few flats that had 200-300 redfish schooled on them. (My son and I took 5th place out of 84 boats at the event.) Needless to say the sight fishing has been really great. These fish are all in the 20-30” range or 3-10 pounds. Bigger bull reds over 20 pounds have gathered in or near the ICW or at Ponce Inlet for their annual spawn season. Higher water levels recently are starting to scatter the fish a bit, but this will equal some great shoreline fishing as they move towards the bank lines. Soft plastic shrimp, jerk baits, lipless crank baits, and spoons have all been the top ticket for lures, while pigfish, croakers, and shrimp get the nod for live bait.

We just wrapped up another awesome month of catching big trophy size Speckled Trout. Our fishery is one of the top places in the world for a giant spotted sea trout and this summer has proved why. We got four more during the past month in the 29-31 inch range (8-9 pounds). We caught dozens in the 4-6 pound range! Most days we caught at least 15-20+ speckled trout. Really can’t get much better than it’s been but as things cool off in late October and November they are going to get ravenous and fat! Pigfish and croakers are putting them in the boat. Fishing with soft plastic jerk baits and shrimp will also catch some too.

Another solid month of catching Snook and it seems they are showing up everywhere. Docks, shorelines, , oyster beds, grass flats you never know where you are going to run across a nice snook or group of them. Snook season reopened on September 1st, and with such a good recovery, it’s a good possibility of finding a 28-32” snook. Live shrimp, pigfish, croakers and an assortment of soft plastics and plugs will catch a snook around here.

Ocean is still remaining relatively cool and with the amount of big mullet that have moved into the ICW and Lagoons, we are finding a bunch of big Tarpon in the 80-125lb range. Trouble lately has been the wind which is making it tough to find or fish for them with any efficiency. Jigs, swim baits, plugs and live bait are best chance for success. Numbers usually remain good for the remainder of September but it will quickly taper off as we get into October.

Got about 15 days left open for September and the same for October. Our fishing never slows down in Central Florida, so there is no down time. I take last second scheduling if I have open days. Call me at 386-212-4931 or email to secure a date. Read my fishing charter page to view the top reasons why you should book your trip with me today. I look forward to fishing with you soon… 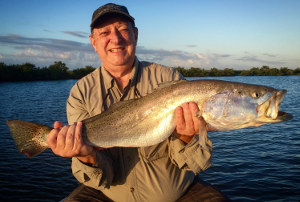 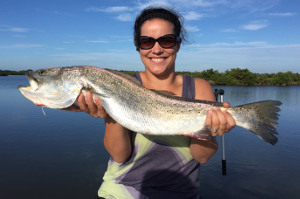 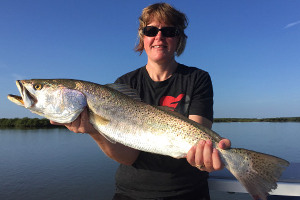 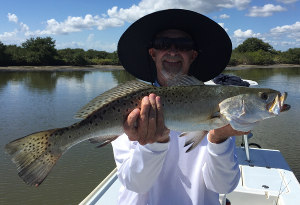 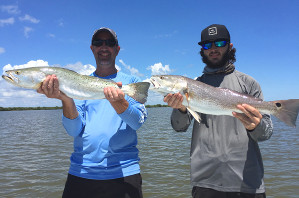 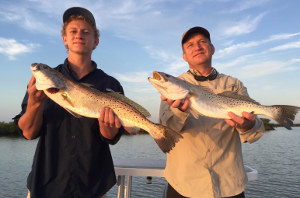 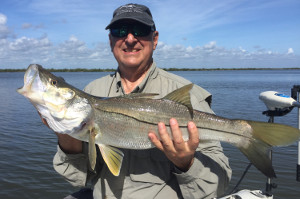 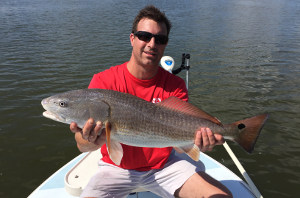 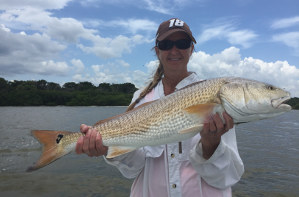 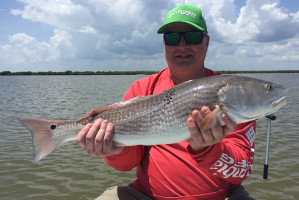 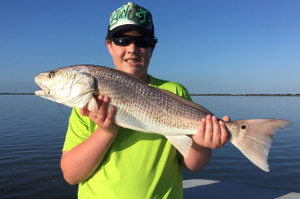 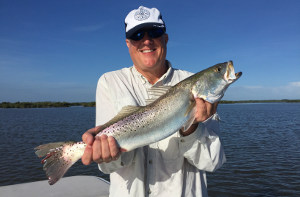 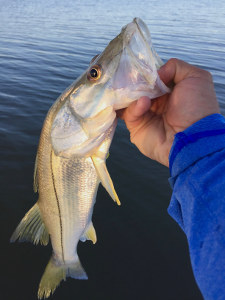 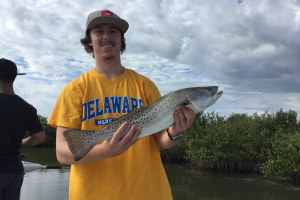