2017 is flying by…spring is right around the corner! If you’re looking to schedule dates for March and April…don’t delay, it’s the two busiest months of the year!!! Our inshore water around East-Central Florida has mostly returned to normal; with clear water in both Lagoons providing excellent sight fishing. Water levels have dropped considerably over the past month creating big winter time schools of fish. It’s been awesome fishing for redfish, black drum, and big spotted sea trout. Many days have yielded 10-20 redfish caught with some trout and drum mixed in Not much is going to change over the next month except daytime temperatures. Spring leads to continued daily fishing for the same species, however we’ll get an uptick in activity for big bull redfish over 20lbs and better bite activity out of the big trout.

Fishing for redfish in Mosquito Lagoon has been super good! There’s been big winter time schools of redfish all over the place with many holding 100-200 fish. The lower water has them condensed in deeper sloughs, basins, creeks, and deeper flats and really clean water has allowed for awesome sight casting. They’ve been ravenous for live mullet, shrimp and mud minnows. We’ve also been catching them on spoons, soft plastics, and crankbaits. Have had several days over the past month with 10-20 redfish landed. Big bull redfish over 20 pounds in the Indian River Lagoon and Mosquito Lagoon have been starting to assemble into small spring schools. This will increase in March and April creating bigger groups of 50-100 fish anticipating summer time spawn. It’s two of the better months to catch trophy size redfish in the 20-40 pound range.

Bunches of big speckled trout have been laid up on super shallow flats in Mosquito Lagoon. They were really lethargic for the first couple months of this month because of the cold water, but they are starting to eat better with warmer temps and increasing numbers of mullet on the flats. The best fishing for a trophy size trout will really get going in the next 6-8 weeks with increasing chances for a trout over 10 pounds. We’re catching most right now on live mullet with others coming on soft plastics.

There’s been a crazy amount of black drum schools in the Indian River Lagoon and Mosquito Lagoon during the past month. A couple of the schools have 20-30 pound fish, while the others are average fish in the 5-10 pound range. Thhey don’t run out the drag like a redfish will, but they pull hard on the light tackle equipment we use. Live shrimp and cut crabs will both make catching easy.

A recent hard cold snap shut down the snook bite for a bit. Now an increase in warmer weather, is quickly breaking up winter schools of snook as the scatter around our region. We’ll still catch them every day, just not in the 20-30 snook per day numbers like we did over the past two months. Had some better days a couple weeks ago that produced some quality fish in the 25-30” range. Live shrimp and soft plastic shrimp are the two best bets before we start targeting them with Mirrolure plugs.

Only have 2 days left open for February, and 11 days left open in March. April is peak spring break vacation months and my calendar will be full so don’t wait till last minute. I take last second scheduling if I have open days. Call me at 386-212-4931 or email to secure a date. Read my fishing charter page to view the top reasons why you should book your trip with me today. I look forward to fishing with you soon… 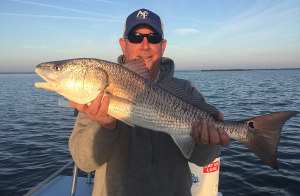 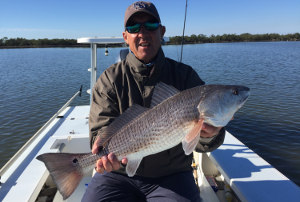 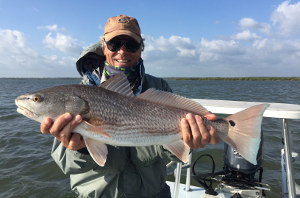 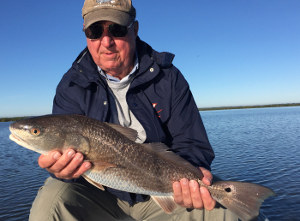 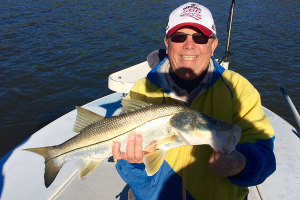 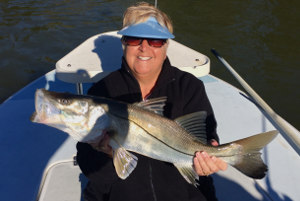 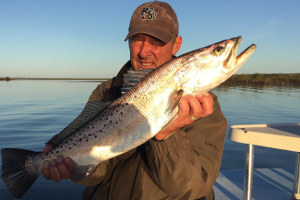 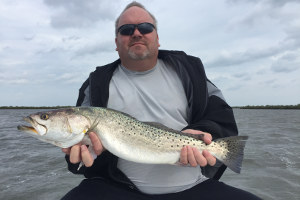 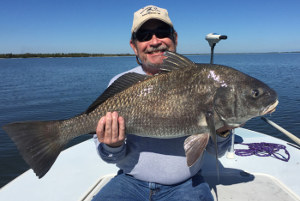 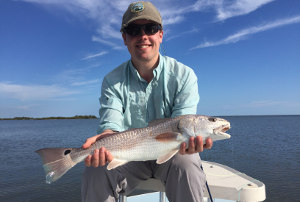 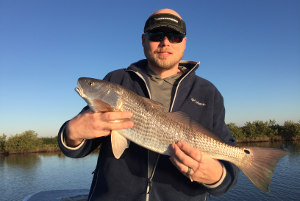 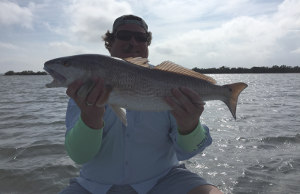